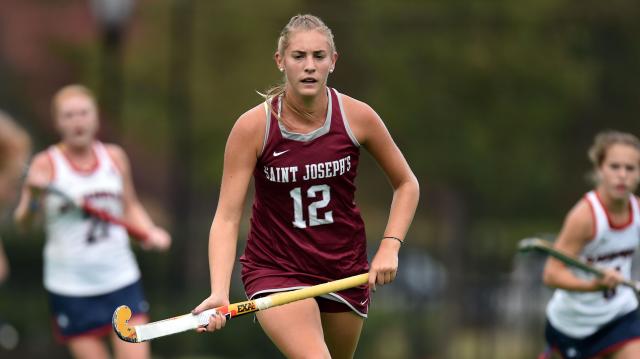 Coach Nicole currently serves as a coach for both field hockey and lacrosse at Merion Mercy Academy, leading the Golden Bears to a Catholic Academy League Title, 2 PIAA District One Championships, and a PIAA State Finals appearance. Nicole attended Robbinsville High School in NJ where she was a captain of both the field hockey and lacrosse teams. She was awarded the Female Athlete of the Year award for the class of 2011. During high school, she competed for the Spirit Eagles Hockey Club Team. She was twice named to the All-Trenton Times Second Team and All-CJFHA team, named to First Team All-Trentonian honors, and earned First Team All-Area accolades as a senior.

Nicole continued her field hockey career at Saint Joseph’s University. She was named to the NFHCA National Academic squad all four years of her college career as well as Atlantic 10 Commissioner’s and SJU Athletic Director’s Honor Rolls. Nicole was also named to the A10 All-Conference Second Team in her senior season where she served as a captain for the team. At Saint Joseph’s, Nicole majored in Elementary and Special Education and continued on to receive her Masters as a Reading Specialist and Autism Endorsement certificate, graduating in 2016. She currently works as a Special Education teacher in Philadelphia.