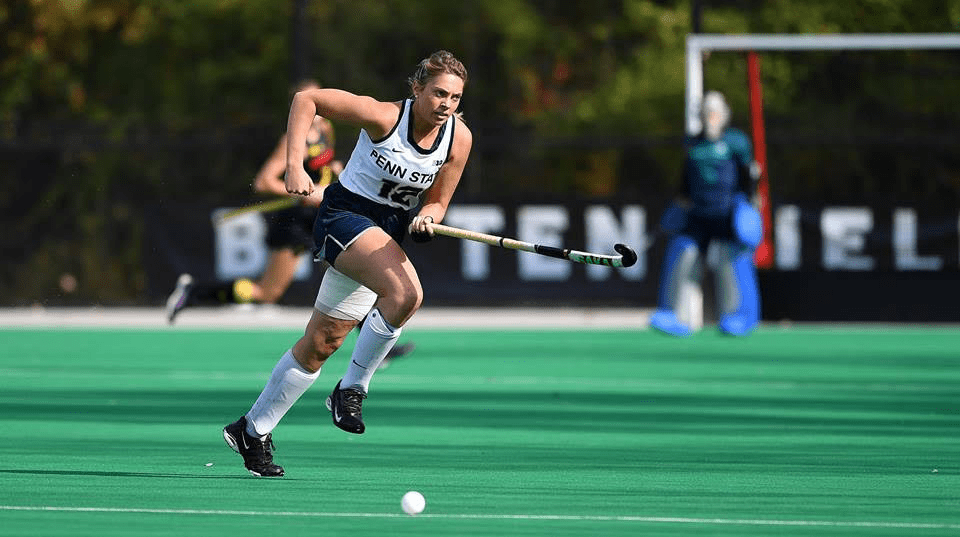 Coaching Philosophy – “I believe in mentoring my players on and off the field to help make them the best people they can be in life. My coaching style is fast paced, direct, and centered around a team first approach. I hope to instill in girls the knowledge to play freely the sport we all love but also help build their understanding to continuously grow and handle adversity on the field.”

Emilee continued on to play Division 1 field hockey at Penn State University from 2013-2017. Starting as a defender since Sophomore year for the top ten program, Emilee played in 82 games and scored 5 goals and 8 assists. Emilee was a part of two Big Ten Championships, 2013 Conference Champions and 2016 Tournament Champions. Emilee played in three NCAA tournaments and advancing to the quarterfinals once. Emilee was on the Division 1 National Academic Squad as well as Academic All Big-Ten for three consecutive seasons.

Following Penn State, Emilee joined the Teach for America program where she served in the Southside of Chicago for two years as a Kindergarten teacher. She maintained her passion for sports since graduating college by being the head coach and site coordinator for Girls On The Run after school program as well as coaching for Windy City Hockey Club while living in Chicago.