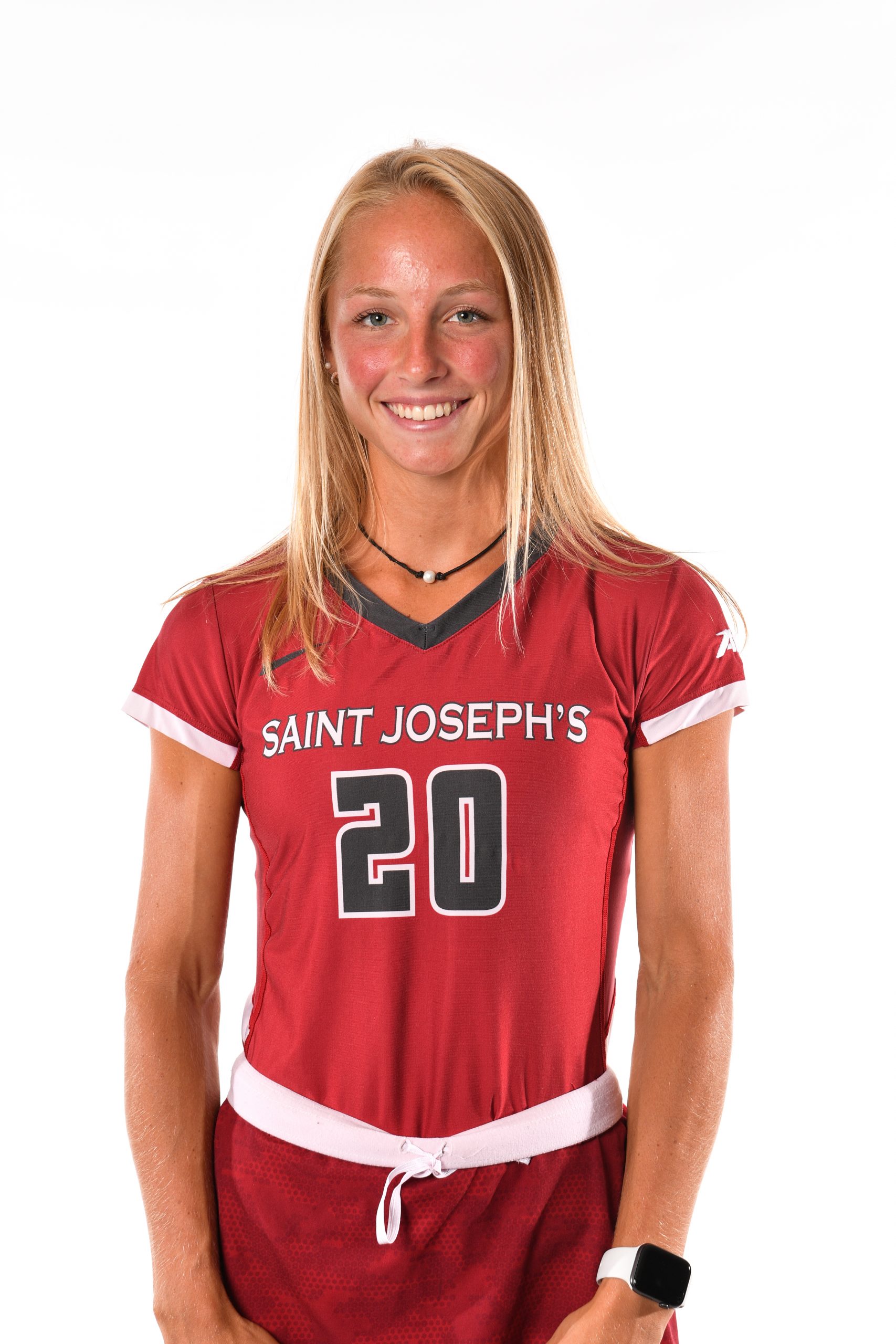 2021: Started all 21 games as a key piece of the Hawk lineup…Tied for the league lead in assists…Netted her lone goal of the season at La Salle…Two-time Atlantic 10 Defensive Player of the Week…Invited to U-21 National Team camp in the spring and was selected for the team for the Five Nations Tournament in June…Named to the Atlantic 10 Commissioner’s and SJU Athletic Director’s Honor Rolls.

2020-21: Started all eight games…Led the team with four assists…Had a three-point game with a goal and an assist against La Salle on April 7…Named to the Atlantic 10 Commissioner’s and SJU Athletic Director’s Honor Rolls.

2019: Started all 21 games on the Hawk backline…Notched her first collegiate goal when she scored the game-winner against Drexel…Named to the Atlantic 10 Commissioner’s and SJU Athletic Director’s Honor Rolls.

High School: Helped lead Methacton to a conference title in 2017 and a third-place district finish in 2018…Earned First Team All-State and All-Conference honors in each of the last two seasons…Garnered NFHCA First Team All-Region and MAX Field Hockey Third Team All-America accolades as a senior.

International: Member of the USA Field Hockey U17 National Team in 2017 and 2018…Selected for the AAU Junior Olympic Squad in 2017.

Coaching Philosophy: I want to give back to the sport that has given me the most aiming opportunities. I hope to share the love that I hav for the game with every girl that I coach. I coach my players to be their absolute best every time they step on to the field, and I instill effort as the most important thing for every player to bring. I am very passionate about field hockey and I show that through my hands-on coaching style as I help develop these girls to be the best player and person they can be.