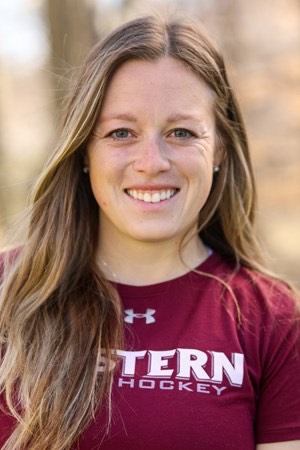 Coach Abbey is the Head Coach at Eastern University. After being the first assistant coach for Swarthmore College from 2018-2020, Abbey became the Interim Head Coach at Swarthmore from 2020-2021, then joined Eastern University’s staff that fall. Abbey graduated from Susquehanna University in May of 2018 with a B.S in Business Administration and concentration in Marketing. She was a walk-on her freshman year at Susquehanna and played defense all four years. Kemble was a two-time Landmark Conference All-Star and helped advance her team to the Landmark Conference Championship game in 2016. She played in 56 games and ended her career with 15 defensive saves.