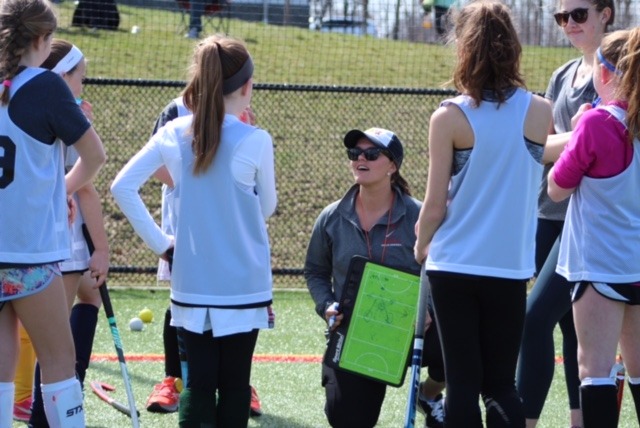 Ainslie has been coaching at Mayhem since January of 2016. She proudly coaches the Goalkeepers, as well as, the U16/U19 age groups. She believes that the key to success is a good work ethic, passion for the game, and the ability to find joy in even the difficult moments that every athlete endures. Ainslie considers all of the players, parents, and coaches at Mayhem as an extension of her family.

Ainslie graduated from Downingtown East High School in 2012.  She grew up playing for the WC Eagles and the USA Junior National Indoor team. She also enjoyed playing ice hockey, where she captained the Girls Varsity Ice Hockey team for three years.

Ainslie went on to attend Drexel University and play four years of Division I field hockey for the Dragons as a goalkeeper. In 2012, she was part of the CAA Championship squad who participated in the NCAA tournament. In 2015, her senior season, she was named to the CAA All-Tournament team. She was also a four-time recipient of the Gladiator Award by SGI/NFHCA, Division I National Academic Squad.

In 2015, she was selected to travel with the USA Women’s National Indoor team to compete in the 2015 SPAR Four Nations Tournament in Durban, South Africa. Upon returning from South Africa, she immediately began coaching with Mayhem and has been smitten ever since.

From 2016-2018 she served as an assistant coach at Gwynedd Mercy Academy High School.

Ainslie currently serves as an assistant field hockey coach at Swarthmore College where she is responsible for training the goalkeepers.

Ainslie received a bachelor’s degree in Sport Management with minors in Business Administration and Legal Studies. She has previously worked in Marketing at the Philadelphia Flyers, University of Pennsylvania Athletics Department, and Strive: How You Lead Matters. She is currently back in school at the Drexel University Kline School of Law pursuing a Juris Doctor degree.