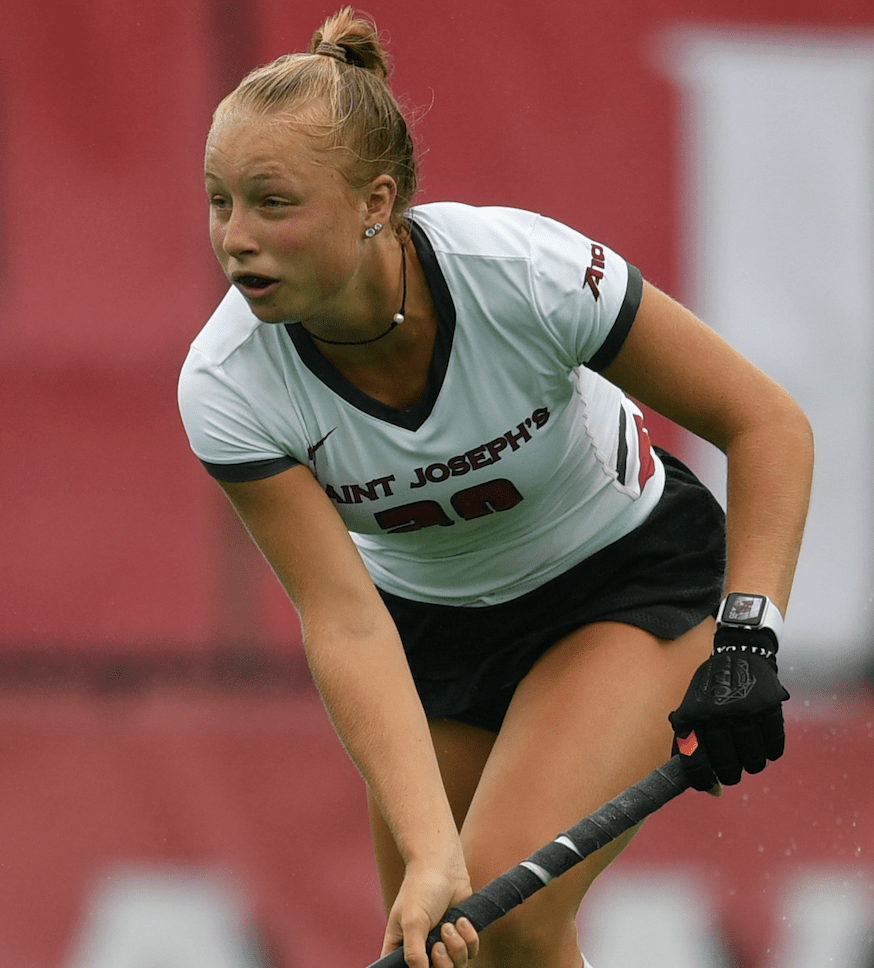 Coach Kaitlyn Benton takes the sidelines as a Mayhem Player-Coach while currently playing at Division-1, St. Joseph’s University, where she majors in food marketing.  In high school, Kaitlyn was named to the USA U-17 Jr. National Team and was selected for the AAU Junior Olympic Squad in 2017.  She helped lead Methacton High School to a conference title in 2017 and a third-place district finish in 2018.  Kaitlyn Earned First Team All-State and All-Conference honors in each of the last two seasons and garnered NFHCA First Team All-Region and MAX Field Hockey Third Team All-America accolades as a senior.

At SJU, Kaitlyn enjoyed a stand-out freshman season, starting in all 21 games on the Hawk’s backline.  Kaitlyn was named to the Atlantic 10 Commissioner’s and SJU Athletic Director’s Honor Rolls, and the Atlantic 10 All-Rookie Team.

We love our Mayhem coaching staff- especially when

CONGRATULATIONS to Mayhem 2022, Caroline Doyle, on

A little pre-RCC mini golf with this the u14 MayFA

MAYHEM PROUD. Great start to the spring this weeke

Way to go weekend warriors!! U14 Legacy, u16 Premi