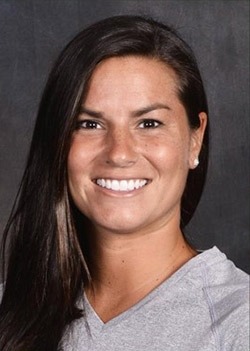 Hannah Allison will be bringing years of collegiate coaching and high-level playing experience to the Mayhem field hockey staff in the winter of 2017-2018.   Previously an assistant coach at Bucknell University, Hannah will begin her inagural year as Head Coach of Swarthmore College.  During her two seasons at Buknell, Hannah helped the Bison to two Patriot League Tournament appearances and an upset win over No. 12 Albany in 2016.  Prior to coaching at Bucknell, Hannah coached for two seasons at Division III Ohio Wesleyan University, where she was the assistant coach in 2013 and the interim head coach in 2014. As head coach, Allison guided the team to a 10-9 record and closed out the season with a 7-3 stretch.

As a student-athlete at Penn State University, Allison started in 79 games, scored 26 goals, and played in three NCAA tournaments, advancing to the NCAA Quarterfinals her final two seasons. She graduated from Penn State in 2013 with a bachelor’s in kinesiology.

Mayhem RARELY agrees to rep new products, but when