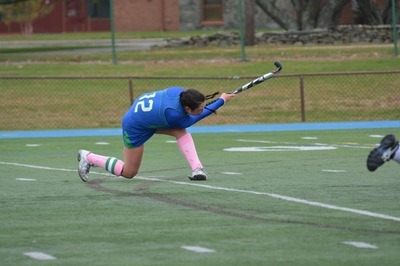 In 2019, Coach Abby Tepper became the full-time assistant coach with West Chester field hockey and just won the Division II National Championship! This year the WCU coaching staff was awarded with the Regional Coaching Staff of the Year Award along with the National Coaching Staff of the Year Award. Tepper comes to the Golden Rams from Stonehill College where she was an assistant coach in 2017 and 2018. Prior to her stint at Stonehill College, Tepper was a head coach at the high school level in Massachusetts, along with experience coaching at the club level and running camps. She also coached women’s lacrosse on the collegiate and high school level in Massachusetts.

Tepper is a 2016 graduate of Salve Regina University, where she was a four-year letter winner and on both the field hockey and lacrosse programs, serving as team captain of both her senior year. She earned Longstreth/NFHCA Division III All-Region honors and Commonwealth Coast Conference Offensive Player of the Year honors as a senior and was a two-time All-CCC first team and All-ECAC selection. She finished her career with program records for career points (157), goals (69) and game-winning goals (15). Tepper was honored with the Commonwealth Coast Conference’s Senior Scholar-Athlete of the Year as well as Rhode Island Association for Intercollegiate Athletics for Women Distinguished Student-Athlete of the Year.

we OFFICIALLY celebrated the opening of the @mayhe

It’s National Field Hockey Day! We are so gratef

If you missed our June Mayhem Tryouts, we are offe

Our final Alumni Group Training of the summer! The

The finishing touches on the Mayhem Retail Center

Join other Middle School athletes for this pick-up

CONGRATULATIONS to Sarah Cooper on her commitment

Under the lights ✨There’s nothing better than